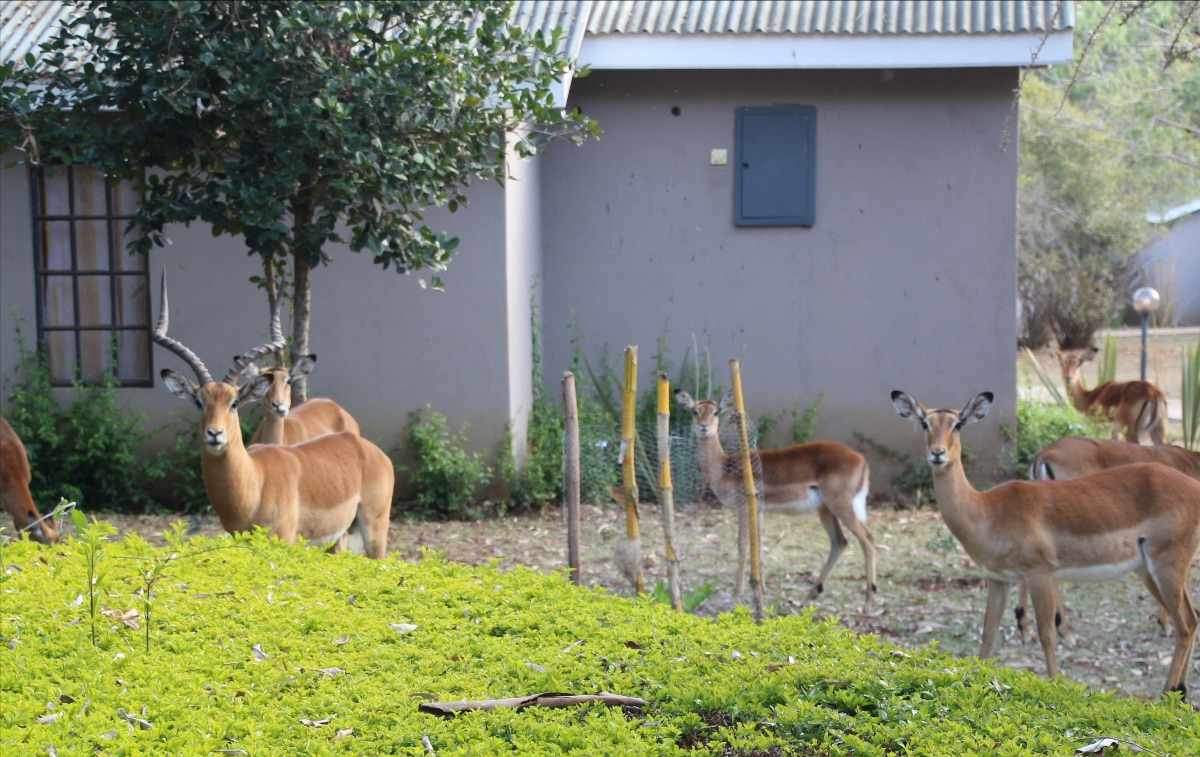 Serving with SIM from our base here in Charlotte is an interesting change from serving in West Africa. Instead of immersing ourselves in a single community, we’re now in daily contact with missionaries and their ministries all over the world. We support them in a variety of ways while they’re overseas, we meet with them as they return to the U.S. for home assignment, we listen to their stories of how God is at work, and we occasionally even get to see them on their field of service. END_OF_DOCUMENT_TOKEN_TO_BE_REPLACED

just outside my front door

all around the campus

monkeys playing in the trees, as common here as squirrels at my house!

It was a privilege to attend the SIM International Flourishing People Workshop in Kenya.  The plenary sessions and workshops were helpful and interesting, the setting was lovely, and the meals were delicious.  I loved being back on the African continent! Although I’ve spent a lot of time in West Africa, I’ve never been in East Africa before, and found it very interesting.  As always, the best part of any conference is the people, and this time was no exception.  I enjoyed re-connecting with long time friends from our West Africa days, and meeting many new friends as well.

I also enjoyed walking on the conference grounds, and seeing the unique floral and wildlife sights!

they love to play and wrestle in the muddy field!

One of my personal interests is wildlife conservation. I’ve followed the Sheldrick Wildlife Trust over the past years, and been so impressed with their work.  I was thrilled when I learned that it was not far from our conference location in Kenya.  I was able to visit  on my last day in Kenya, and that hour with the elephants was one of my favorite hours in my lifetime! 🙂 END_OF_DOCUMENT_TOKEN_TO_BE_REPLACED 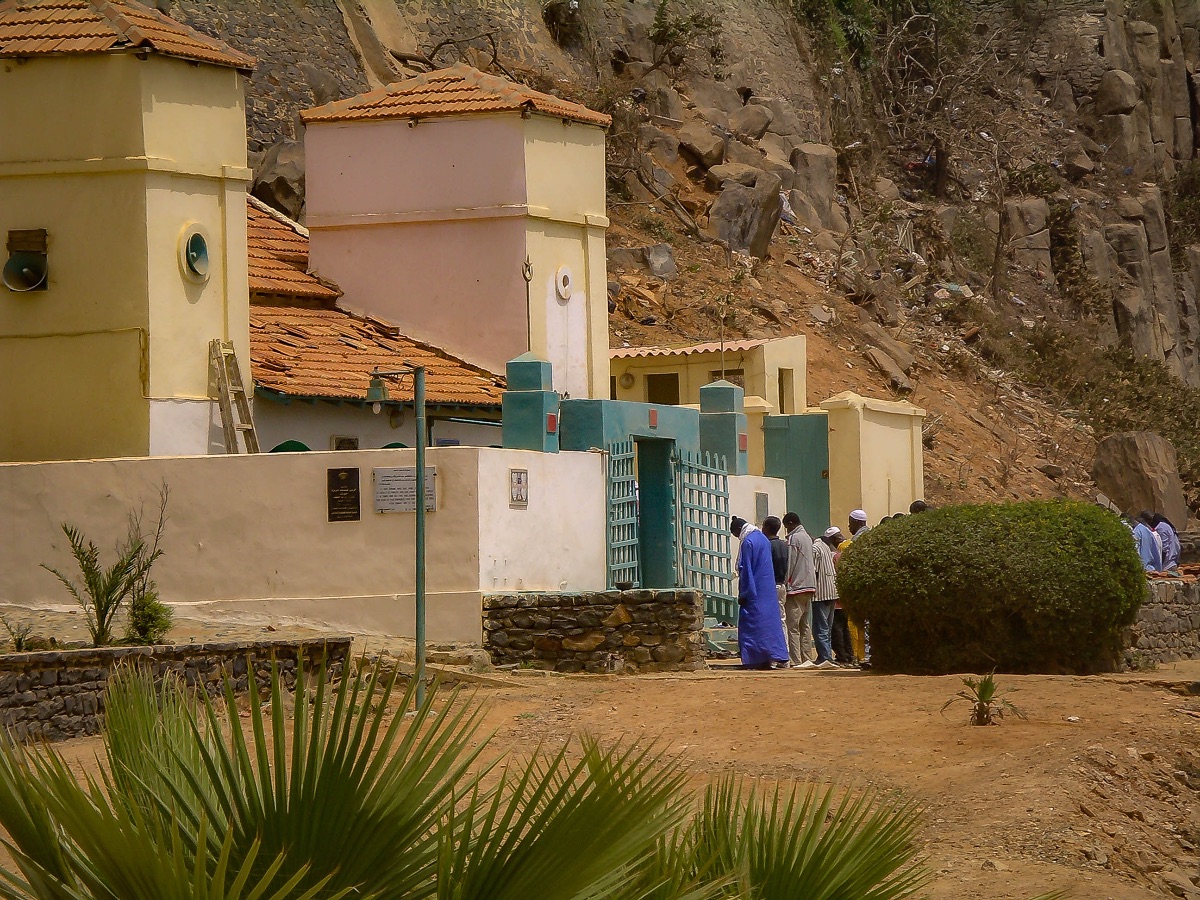 Dear family, friends, and partners,
Greetings from North Carolina! While many of you have been enjoying Fall and cooler weather, we have been experiencing a record-breaking hot streak (high 90s!) As the seasons change, we are reminded of God’s unchanging faithfulness in our lives, as well as your faithful friendship and love toward us.

We are thankful for the privilege of being involved with the work God is doing around the world through our global mission center in Charlotte, and your partnership makes it possible. We want to keep you up to date on some of what’s happening!

Faithful Witnesses
There’s a brand-new initiative in SIM that embodies our historic SIM passion for taking the Good News of Jesus to the hard places of the world, where people are living and dying in large numbers with no knowledge of him. This initiative is called “Faithful Witnesses in Forgotten Communities”. END_OF_DOCUMENT_TOKEN_TO_BE_REPLACED 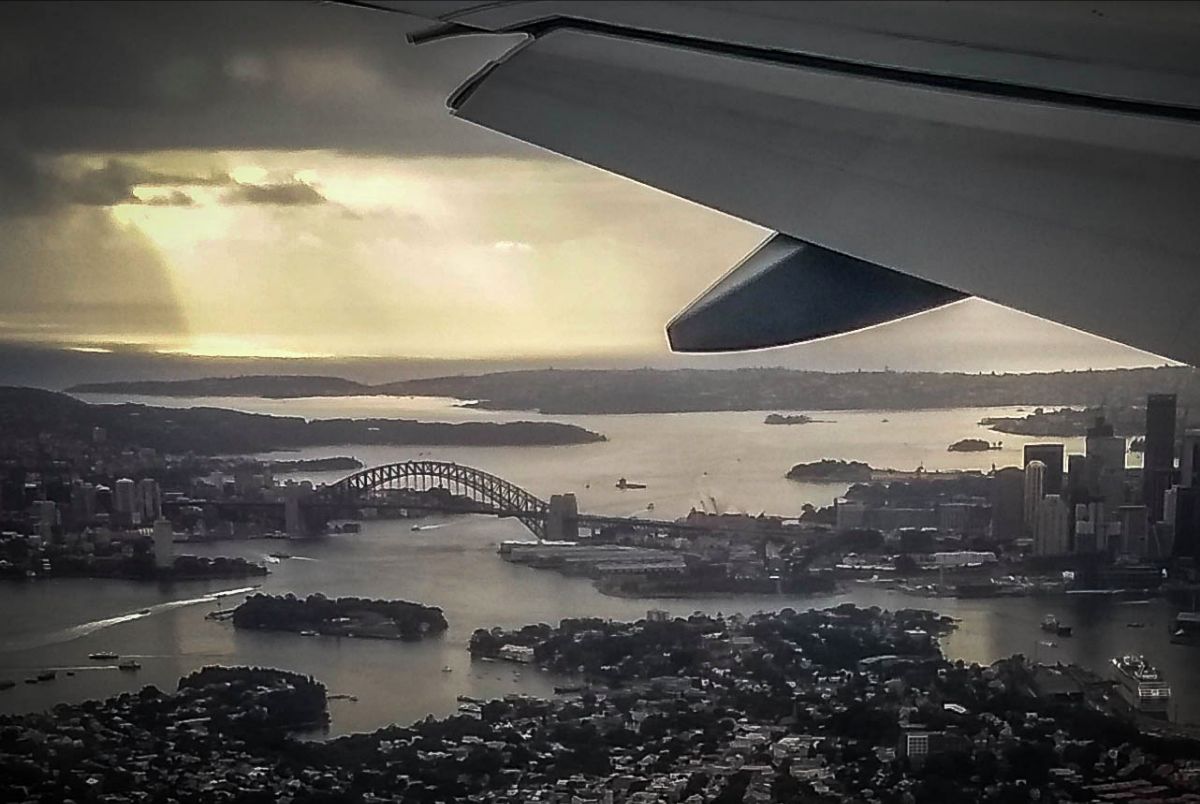 Psalm 121 I lift up my eyes to the hills– where does my help come from? My help comes from the LORD, the Maker of heaven and earth. He will not let your foot slip– he who watches over you will not slumber; indeed, he who watches over Israel will neither slumber nor sleep. The LORD watches over you– the LORD is your shade at your right hand; the sun will not harm you by day, nor the moon by night. The LORD will keep you from all harm– he will watch over your life; the LORD will watch over your coming and going both now and forevermore.

Dear family and friends,
2019 has started out as quite a year for international travel, and Dave has enjoyed it very much.  He doesn’t tire of visiting our SIM friends and colleagues, and of seeing God’s hand at work in these faraway places.  You’ve heard about Burkina Faso in January and Liberia in February, but you may not know that he was back on a plane again in April, this time for visits to South Korea and Australia. END_OF_DOCUMENT_TOKEN_TO_BE_REPLACED

Thirty Years
February 26 is a day that stirs up lots of memories for us.  We were married on that day in 1982.  Then on our seventh anniversary in 1989 we boarded an airplane to fly to Liberia for the first time, the two of us plus 4-year-old Danny and one-year-old Joey.  That’s 30 years ago today.

Had we known all the hard parts of what the next thirty years would hold for us, I’m not sure we would have boarded that airplane.  It was tough from the very start.  One enduring memory from our 1989 departure is Danny’s comment as our plane pushed back from the gate in Minneapolis, “I’m going to pretend that I don’t have grandparents.”  Separation from family and friends never got easier. END_OF_DOCUMENT_TOKEN_TO_BE_REPLACED

The team sharing a meal with U.S. missionaries George and Kathy.

Thanks for praying for my visit earlier this month to Ouagadougou, the capital city of Burkina Faso, on the edge of the Sahara Desert in West Africa.  By virtue of in-depth interviews with forty people, the team was able to come away with a thorough understanding of the multiple issues and concerns facing SIM Burkina Faso, its medical centers and other ministries, and the local church.

Now our next step over the next couple of weeks (working remotely from our home countries) will be to develop some clear and helpful recommendations for them as they chart a course into a future that may look quite different from their past.  Please pray for the Lord’s guidance as we process all that we’ve learned.

(If you didn’t receive our email prayer letter in December, you can read more about the situation in Burkina Faso here, about halfway through the update. )

Praise the Lord, O my soul!
With all that is within me, praise his holy name!
For as the skies are high above the earth,
so his loyal love towers over his faithful followers. (Psalm 103: 1, 11 NET)

Dear friends and family,
Greetings to you from rainy Charlotte. We are grateful for your friendship and for your prayerful support as we come to the close of 2018. END_OF_DOCUMENT_TOKEN_TO_BE_REPLACED

so special to meet Besselyn!

It was a surprising privilege for me to visit Liberia during the first weeks of December. God blessed me on this trip with amazing connections, reunions with longtime friends, favorite Liberian foods, and beautiful sunsets along the Atlantic ocean. The training times with many different divisions of SIM/ELWA ministry staff gave me opportunity to present new materials,  and to learn from them about cultural factors impacting the protection of children in Liberia. Please continue to pray with me for these friends and colleagues as they continue to honor God in their ministries, that the light of Christ will shine through all the ministries of SIM and ELWA in Liberia.

I thank my God every time I remember you. In all my prayers for all of you, I always pray with joy because of your partnership in the gospel from the first day until now, being confident of this, that he who began a good work in you will carry it on to completion until the day of Christ Jesus. (Philippians 1:3-6)

We do thank God each time we think of you, with joy because of your friendship and partnership in the gospel. We pray for you, and hope that you pray for us, that the One who began a good work in each of us will faithfully complete it in our lives.

During these cold and rainy Autumn days (record-breaking rainfall!) we continue in our daily work. Dave has given a fuller picture of his ministry here, appropriately including a sports analogy! And more about Mary’s ministry is written here.

Occasionally we are surprised by unexpected opportunities, and we ask for your prayers as Mary has been invited to come to Liberia for a couple of weeks in the first part of December, to work with the SIM Liberia team in the development of their Child Safety program. END_OF_DOCUMENT_TOKEN_TO_BE_REPLACED

A glimpse into Mary’s work:

Working with the SIM International Child Safety Team has been both a privilege and a challenge.  We value your prayers for this work, and perhaps more information about what we’re doing will help to inform your prayers. END_OF_DOCUMENT_TOKEN_TO_BE_REPLACED

We often write of my travels for SIM’s ministry purposes, but most of my working days are spent at the SIM USA office here in Charlotte.  That’s maybe not quite as glamorous as getting stamps in my passport, but I’d like to share a bit of what fills up those days.  While much of it really is behind-the-scenes financial nuts and bolts, I do spend more than half my time working directly with our SIM USA missionaries, both face-to-face and by email or phone.

My go-to analogy when presenting SIM finances to a room full of new missionary appointees has to do with baseball, and specifically with umpires.  When you drive home from a baseball game and the conversation in the car is all about the umpires, is this because those umpires had a good game, or is it because they’ve had a bad game?  No doubt you’ve experienced this, and you know exactly what I’m talking about! END_OF_DOCUMENT_TOKEN_TO_BE_REPLACED

August included a vacation! We took a road trip that included a stop at one of my favorite places, Animal Adventure Park, where I got to meet up with some special friends and enjoy many beautiful animals, including April the Giraffe and her son Tajiri!

Our next stop was at Jacob and Katies, and we enjoyed our time with them sightseeing in their current location!

We are so thankful for times of rest and refreshment, with friends, family and beautiful bits of God’s amazing creation to enjoy!

“Immediately Jesus made the disciples get into the boat and go ahead of him to the other side, while he dispersed the crowds. And after he sent the crowds away, he went up the mountain by himself to pray. When evening came, he was there alone. Meanwhile the boat, already far from land, was taking a beating from the waves because the wind was against it. As the night was ending, Jesus came to them walking on the sea. When the disciples saw him walking on the water they were terrified and said, “It’s a ghost!” and cried out with fear. But immediately Jesus spoke to them: “Have courage! It is I. Do not be afraid.” Peter said to him, “Lord, if it is you, order me to come to you on the water.” So he said, “Come.” Peter got out of the boat, walked on the water, and came toward Jesus. But when he saw the strong wind he became afraid. And starting to sink, he cried out, “Lord, save me!” Immediately Jesus reached out his hand and caught him, saying to him, “You of little faith, why did you doubt?” When they went up into the boat, the wind ceased. Then those who were in the boat worshiped him, saying, “Truly you are the Son of God.””
‭‭Matthew‬ ‭14:22-33‬ ‭NET‬‬

Greetings from sunny and stormy August! So far this summer we’ve had over 50 days of 90° plus weather, with plenty of thunderstorms mixed in! It feels a bit intense. END_OF_DOCUMENT_TOKEN_TO_BE_REPLACED